The passada of Sant Antoni and Josep Cortinas

You are here: Home / The passada of Sant Antoni and Josep Cortinas

Sant Antoni Abat (Alt. Egypt, 251? -356) was a Christian monk pioneer of hermitism. It is considered the pattern of the rounded feet animals and, by extension, of all domestic animals, as well as of the carriers.

The legend explains that he was a great friend of animals and that, when he saw a wounded animal, he heal it. He did so with a pig that, to show its gratitude, decided to accompany him the rest of its life. For this reason it is popularly called Sant Antoni del Porquet and also Sant Antoni dels ases. The party is celebrated on January 17th (He is one of the bearded saints of the week of bearded ones!).

As a protector of animals that are useful for field work and those that were used for transportation – before the invention of automobiles-, a large number of popular festivals are organized to celebrate its festivity. The passada of Sant Antoni – as we call it in Badalona – is a celebration that has been established since the nineteenth century.

The photographs of this album are from the collection of Josep Cortinas and are from a passada of Sant Antoni of the late 1940s and another of the 1964s. 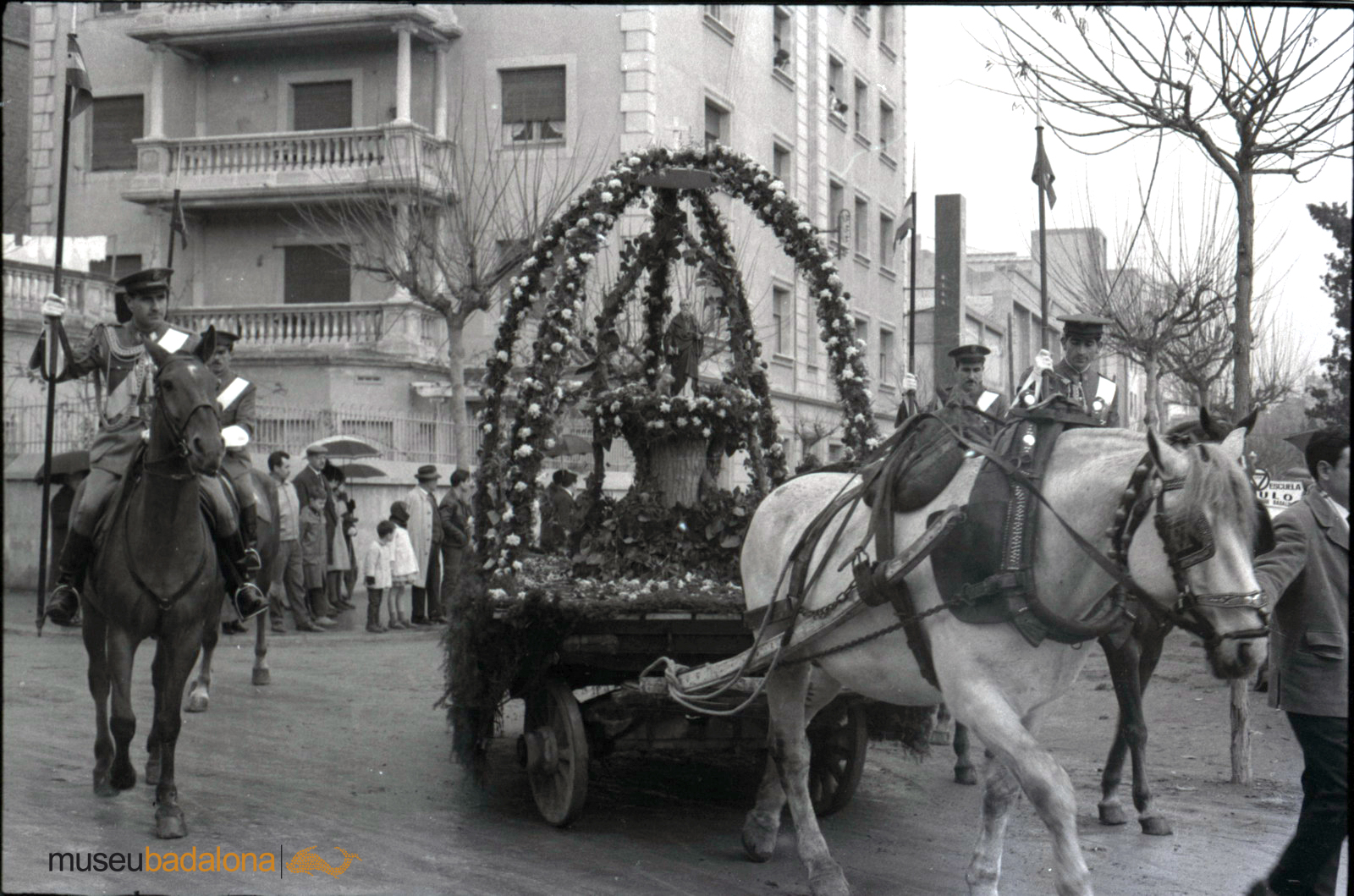