On January 27th, 1939, pro-Franco troops (aka nationals) entered in Badalona. The date marks, then, the end of the war in the city, although the official day of the end of the war will not be until the first of April of the same year. In the Diari de guerra de Josep M. Cuyàs Tolosa, published by the Museu de Badalona in 2006, we find this description of the moment:

“At 8.35, four citizens put the national flag on top of the town hall. Five minutes later the Reds fly the Montgat tunnel with three dynamite charges. And a huge, giant parade of all kinds of war material begins: canyons, tanks, intendance service, engineers park, sanitary ambulances, radio stations, campaign kitchens and robust Navarrese soldiers, courageous Galician boys, cheerful Andalusian peasants, the flower of the Castilian youth, falangistas, requetés; everyone has their worthy representation in that triumphal apotheosis. [… / …] The Royal Road presents an imposing aspect. The soldiers spend singing and the people, the authentic Badalonese people, receive it with endless applause and shows of great joy. [… / …]. It is said that a municipal manager has been created and its president is Miguel Xicart. ”

The photographs in this album were part of the collection of Josep M. Cuyàs, and now they are preserved in the Museum of Badalona, with all the documentation of its archive.

On this anniversary, it seemed interesting to present this set of images, accompanied by another photography that shows the people who were part of the first national city council. 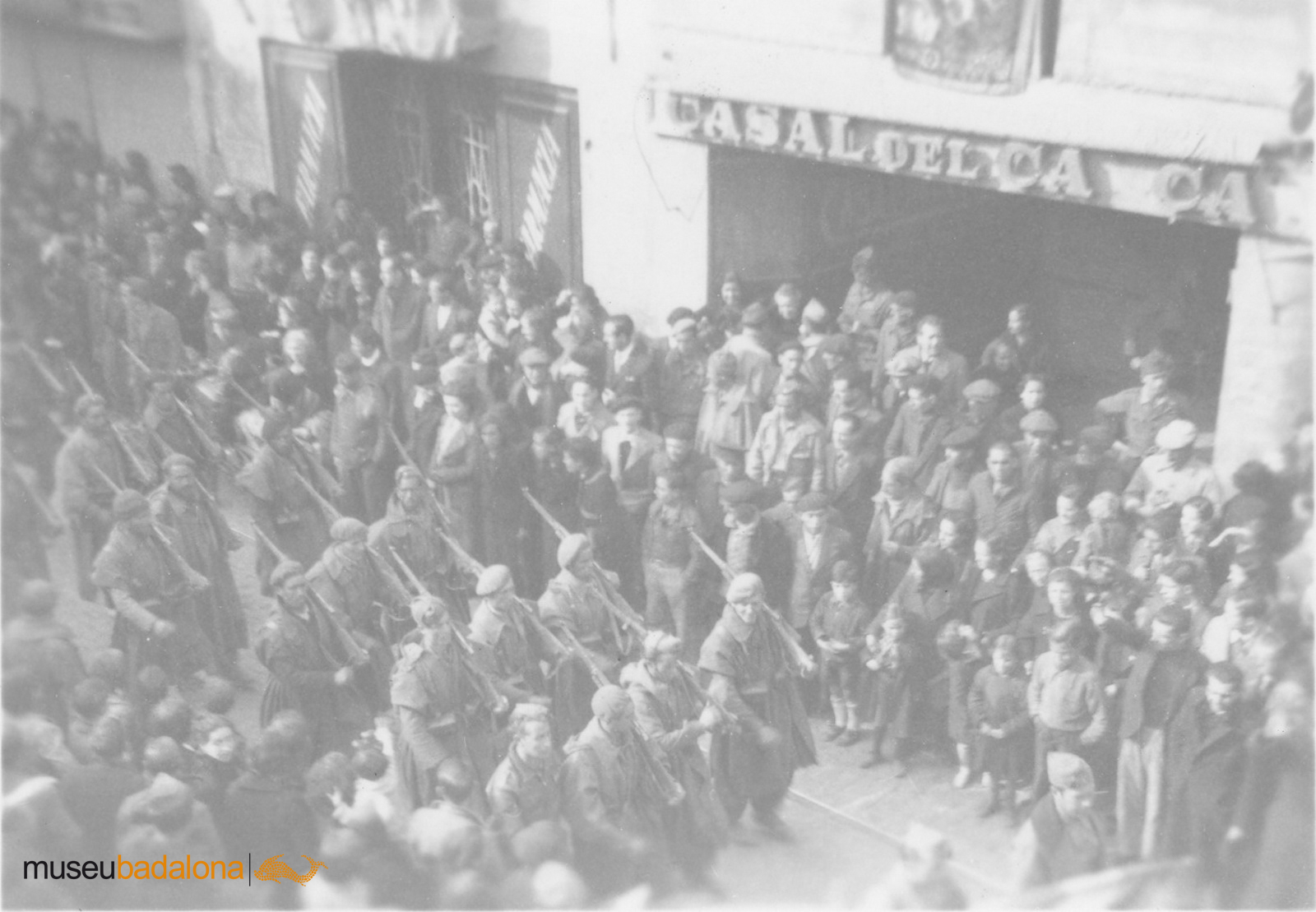 The passada of Sant Antoni and Josep Cortinas
Scroll to top