The Eco of Badalona

You are here: Home / Archive / Newspapers and periodical archives / The Eco of Badalona

The Eco of Badalona

Weekly founded in 1868 by the journalist Francesc de A. Planas i Casals. It was the first periodical publication in Badalona, focusing in local news, and one of the first in Catalonia. It had two periods: the first includes a brief period, from 1868 to 1869, and the second, from 1878 to the beginning of the Civil War in 1936.

It published mainly local news, but also some general information, including a national and international reports. In addition, it published announcements of shows, poetry, obituaries and several collaborations. 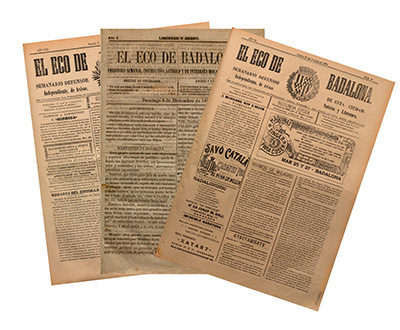