On September 14th, 1873, exactly 147 years ago today, the illustrator and watercolourist Llorenç Brunet i Forroll was born in Badalona. Despite his unquestionable talent and the popularity of his work during the first decades of the twentieth century, this artist from Badalona is still little known for the audience.

A prolific illustrator, trained at the Llotja, a disciple of Eusebi Planas and the lithographer Mercier of Paris, he achieved great recognition thanks to the cartoons published in the satirical magazines of the time, and thanks also to his collection of exlibris of characters politicians, to the large number of illustrated books in which he participated and also to his watercolors.  His drawings and reports of the different political and war conflicts that ravaged Europe at the beginning of the 20th century, as well as the Spanish Civil War, are also very remarkable.

In 2018 the Museum produced an exhibition dedicated to this artist, which brought together forty-seven original drawings of which Brunet dedicated to the political conflicts of the early twentieth century and World War I, and acquired them to incorporate them into the Museum Art Collection. 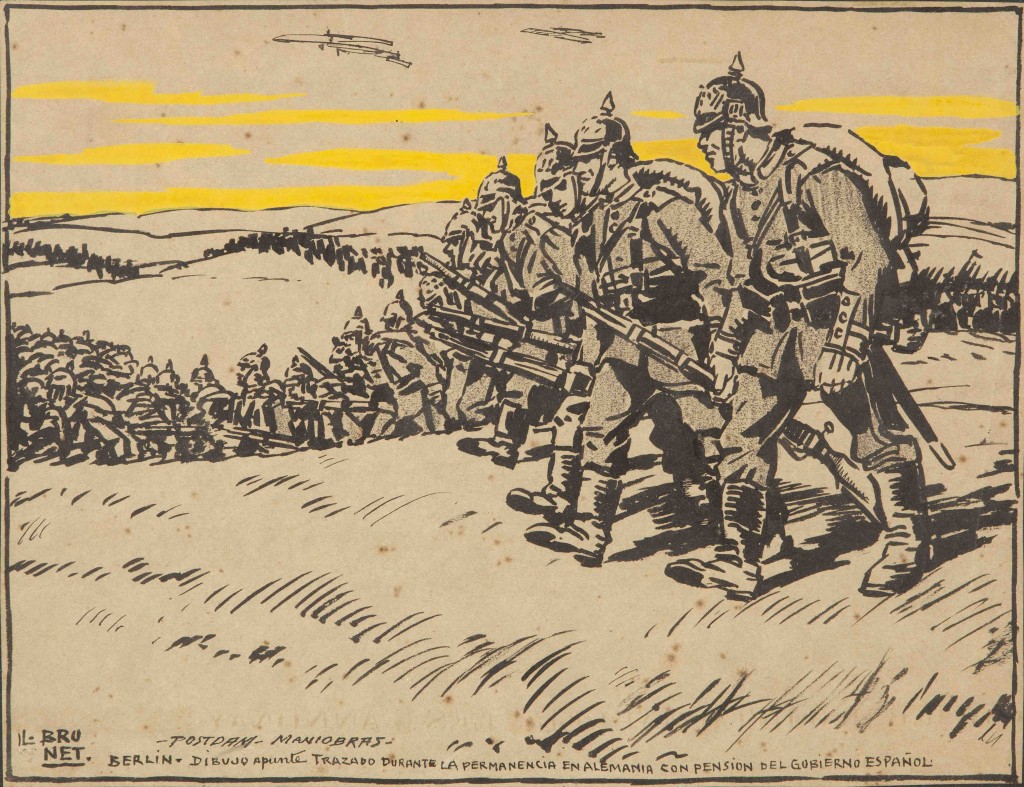