Did you know that the first pandemic in history happened in Roman times?

The coronavirus pandemic is testing a big part of our globalized world. But this is one of the different epidemics and pandemics that has recorded the history of mankind, which has suffered several times of health crisis, which were settled with more or less fortune.

The Antonine plague, also called the Antonine pest or Galenian plagues, was the first to affect the Roman Empire in the second century AD, in the western world. It happened at the end of the reign of the Antonine Dinasty (165-180 AD) that gives name to the plague.  To this Dynasty, one of ghe longest in the Roman Empire (96-192 AC) belonged the emperors Nerva, Traianus, Adrianus, Antoninus Pius, Marcus Aurelius and Commodus.

Although the exact place of the origin of this epidemic is unknown, it is known that it began in the East and from there it spread through communication networks, either by land or by the sea. One of the causes of the spread of the contagion was the return of military troops from the East, after the war with the parthians in 167 AD. Luci Verus, co-emperor with Marc Aureli, commanded one hundred thousand people, often lacking in hygiene, which  meant high epidemiological risk. One fact, according to Historia Augusta, a collection of biographies of the emperors of the second and third centuries AD, had the fatality of leaving traces of the plague in all the provinces where it passed until reaching Rome. Also spoke about he pest Amianus Marcelinus, a historian of the fourth century AD, who said that the plague “filled with disease and death all the territory located between the lands of the Persians, the Rhine and Gaul.”

Symptoms of the disease were described by Galen, a well-known physician in Pergamum (now Turkey) who traveled to Rome in 169 as a gladiator’s physician, but due to the epidemic soon had to heal senior Roman officials, until the emperor Marcus Aurelius appointed him as physician of Lucius Verus and Commodus.

According to Galen’s description of the symptoms, a specialist debate has been conducted to determine what the condition might be and it looks like it was an hemorrhagic smallpox. 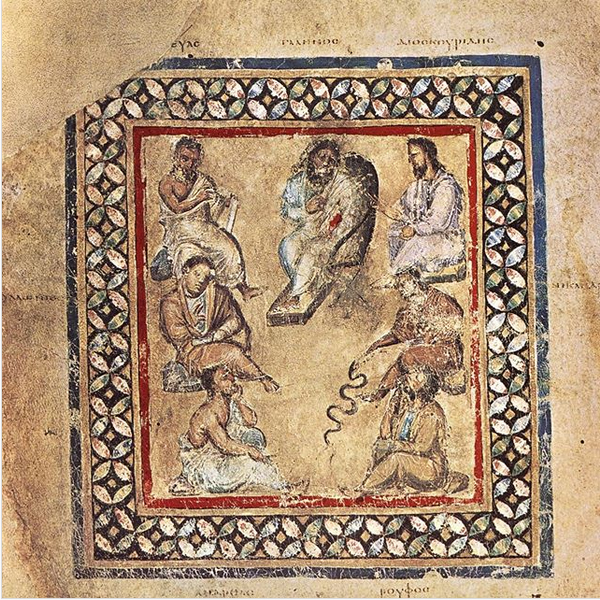 Miniature from the 6th century AD of the copy of the book De Materia Medica of Dioscorides (c.40-90 AD). National Library of Austria

The History Augusta also states that, as Marc Aurelius was campaigning against the Marcomans in the Danube (170-174 AD), “an epidemic arose so great that corpses had to be transported in different vehicles and carriages.”

In the wake of the plague, Antoninian emperors were forced to enact numerous laws, which are still preserved in the Digest Treaty, on the ways to move and bury corpses, as well as the harsh penalties imposed if the rules were not obeyed.

It has been estimated that the Antonine plague affected 7-10% of the Empire’s population, which is estimated to be approximately 50 million people. Therefore, the epidemic took away between 3 and 5 million of people. When we talk about the army and the cities, it seems that the mortality could have been slightly higher, between 13 and 15%, due to the concentration of people in the same space.

This pandemic is considered the seventh most lethal in history. It affected all Roman social classes: Lucius Verus died shortly after arriving in Rome, and later, in 180 AD, when it is believed that there was an outbreak of the disease, Marcus Aurelius died in present-day Vienna. 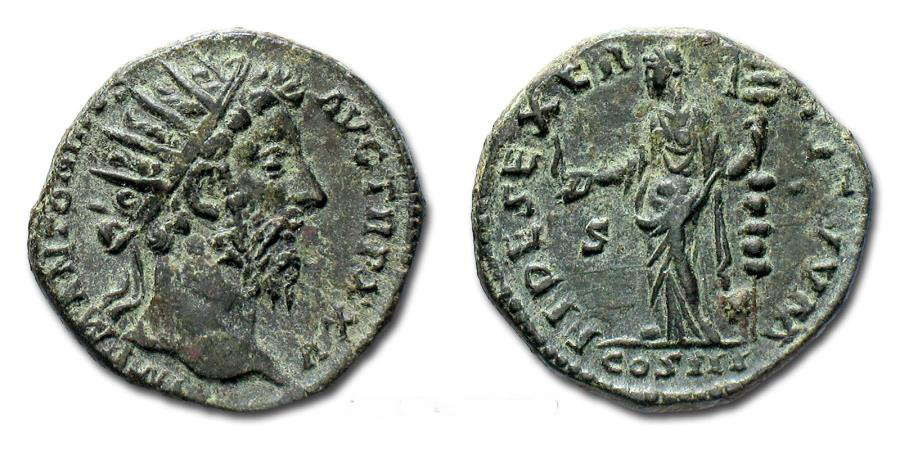 The conclusion is that it was a global epidemic, what we now call a pandemic, both in terms of its geographical extension and its effects on the population. The mental, social, economic and military impact of the crisis was significant for the future of the Roman Empire, especially if we think that they didn’t have the medical or technological knowledge we have today to overcome a similar situation, to explain it, to understand its origins and, above all, to stop it.

The first tram in Badalona
Scroll to top