The figure of the artist from Badalona Llorenç Brunet i Forroll (Badalona, 1873-Barcelona, 1939) is, despite its unquestionable value, little known to the general public. A prolific cartoonist trained at La Llotja, a pupil of Eusebi Planas and the lithographer Mercier de Paris, he gained wide recognition thanks to his reports on several war conflicts that plagued Europe at the beginning of the 20th century. The exhibit features precisely 47 original drawings Brunet dedicated to World War I, completed just 100 years ago. His talent for drawing, and especially for cartoon, turn the work of this artist, who experienced the conflict in the first line, into a chronicle of exception of one of the most important episodes in European history.

The exhibition will be completed with a cycle of lectures about the World War I. 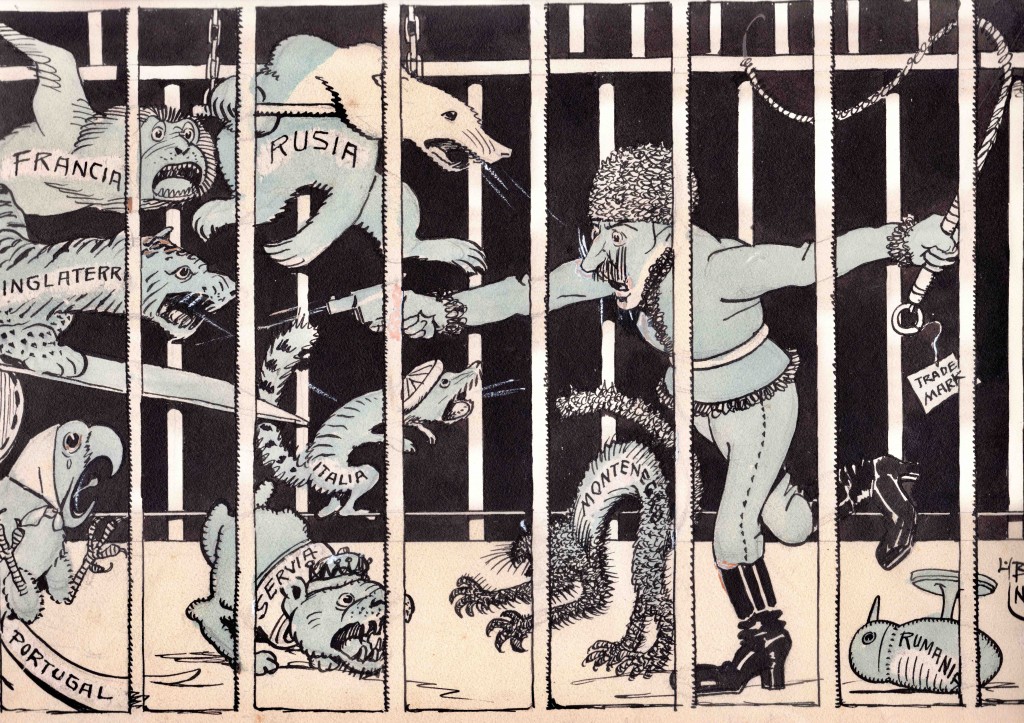