Weekly magazine founded in 1941 by the Press and Propaganda Delegation of the FET and the JONS. Revista de Badalona was the first periodical publication of local information, published in the city after the Civil War (1939) and one of the first in Catalonia.

The Revista de Badalona covered local general and official news and had a wide range of contributors covering a wide range of topics – political, social and cultural activity, programming and criticism of shows, sports and history, among others. Advertisements for a huge range of businesses in the city have been present since the first edition.

During its long history, the headline has remained the same, but the publication has changed in line with political and social changes.

In 2009 the headline passed into the hands of the publishing house Nautilus Comunicació i Cultura, SL.

Languages: Spanish. Some articles have been published in Catalan since the early 1970s. I a partir de 1980 Catalan and Spanish and a few months later all the edition in Catalan. 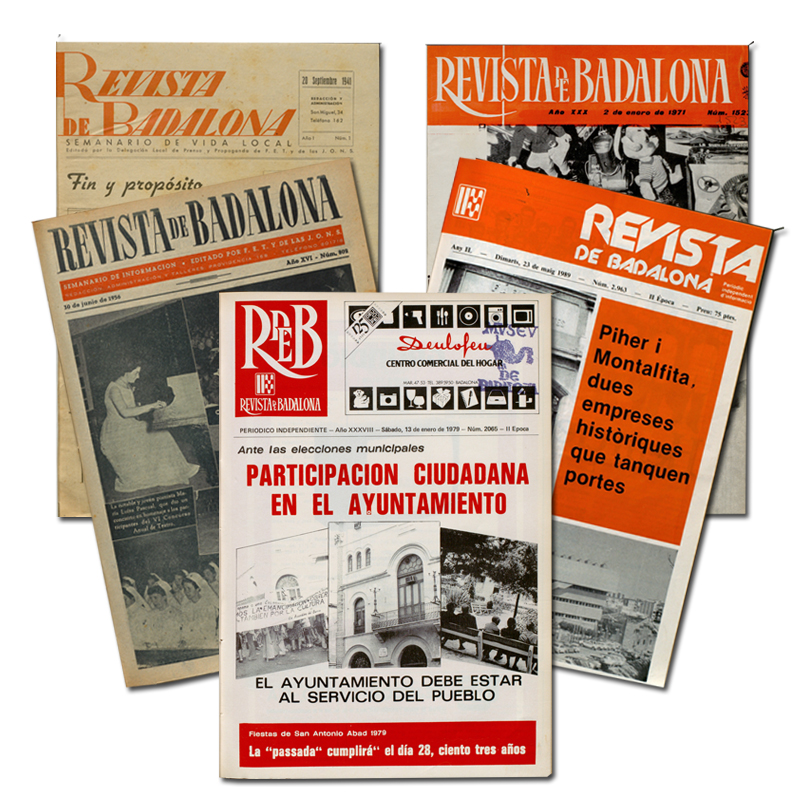