You are here: Home / The envelats of Badalona

On the occasion of the exhibition The envelat. Unique architecture and symbol of the biggest festivity, which until March 18th can be seen at the Museum, we present this gallery that includes some of the photographs that, related to these traditional tents, are kept in the Archive of Images of the Museum of Badalona.

The envelats in Badalona were very prestigious during the first half of the 20th century and, above all, until the Civil War. The entities promoted and financed them, and they seemed to compete with each other to see which one could offer a better space, and which achieved that their activities and their dances were the most concurred and commented. In the fifties and sixties, the envelats occupied the fishermen’s beach space and, sometimes, there were more than one. Promoted as in previous decades by some entities, most of them required payment, especially for dances, but during the day there was also a free entrance.

The generalization of work vacations and the changes in leisure habits in the mid-sixties made losing the importance of the August biggest festivity and, also, of the envelats, which a few years later had already disappeared from all programs. 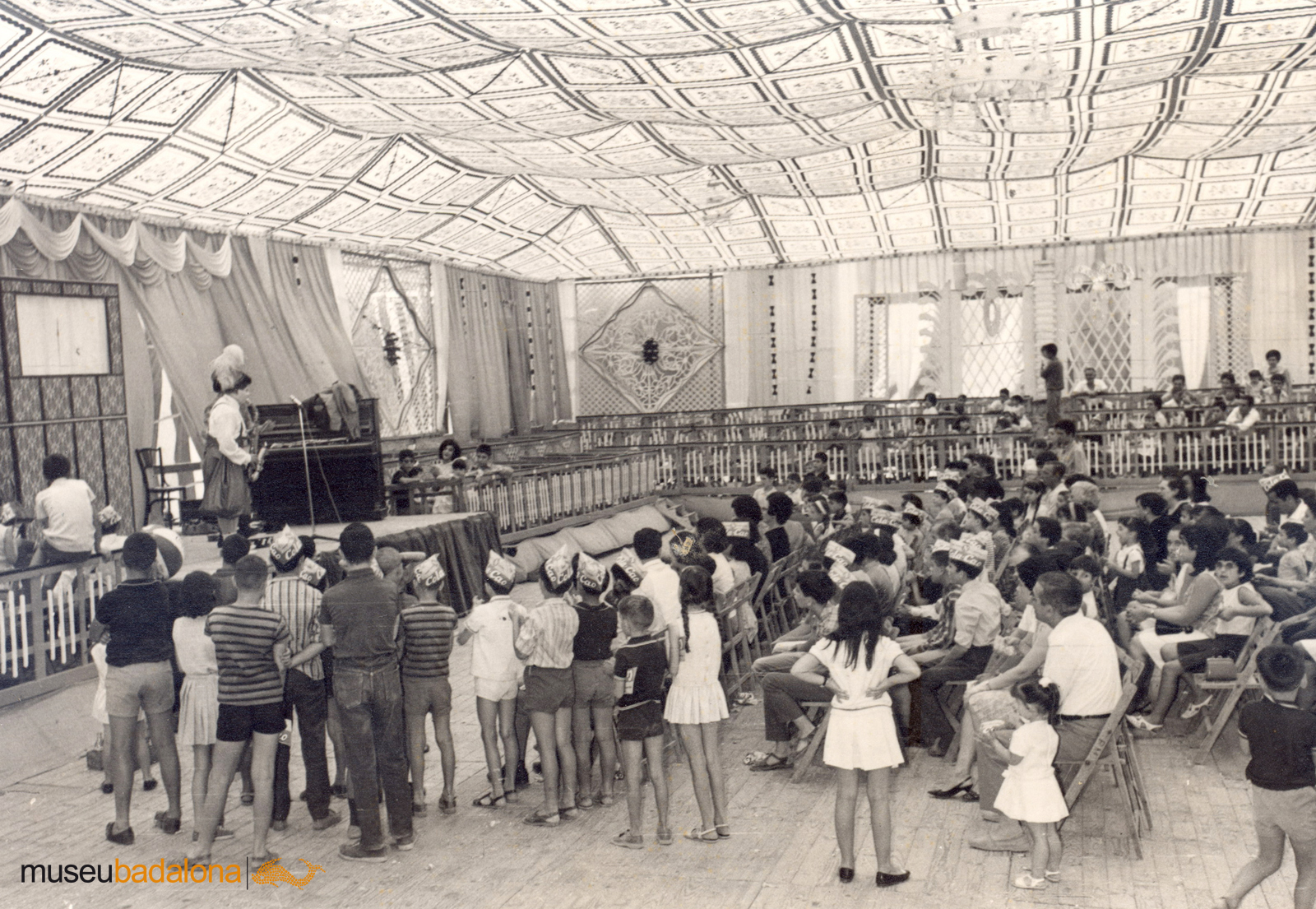 Under construction. Badalona 50 years ago and its unique buildings

Women working in Can Cuyàs
Scroll to top