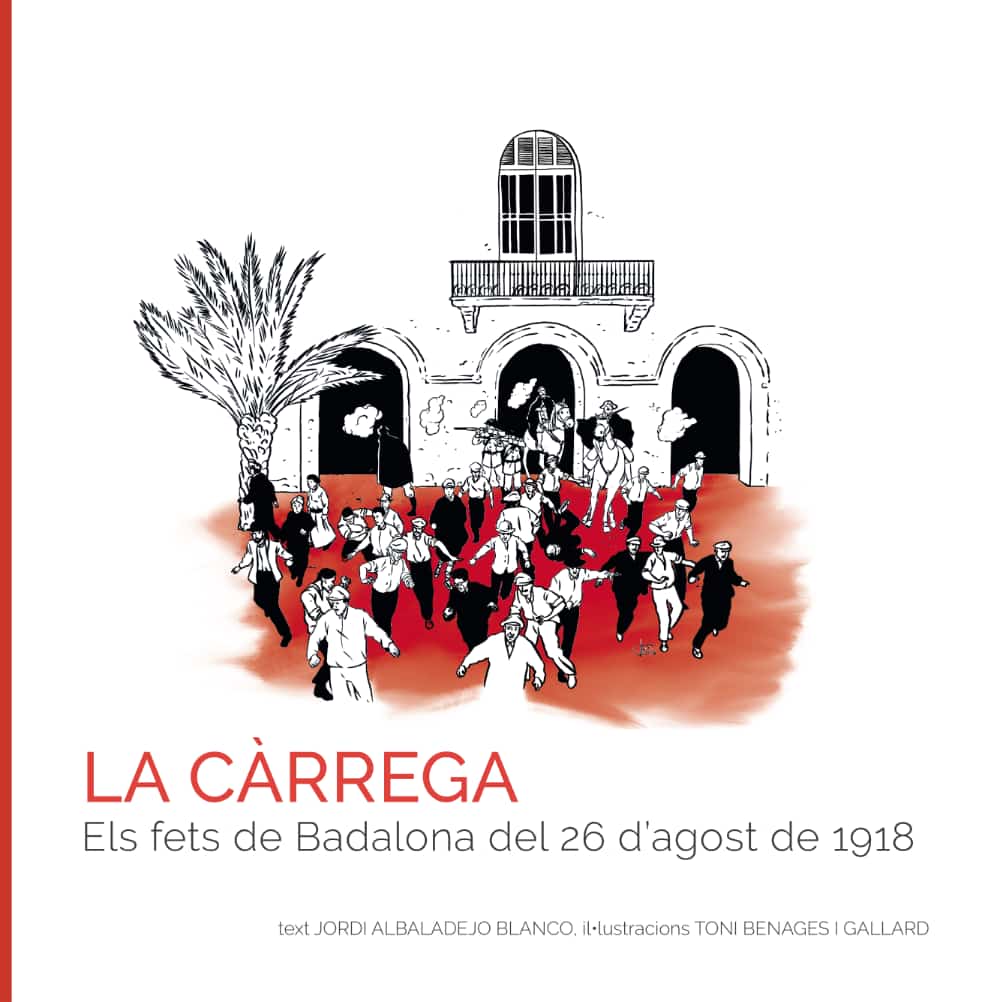 Unique book that combines history and illustration, commemorating the centenary of the strike in the chemical factory Cros that ended on August 26th 1918 with four dead workers after the action of the Guardia Civil in the town hall square. The workers, who were on strike for 2 months already, asked for an increase of their salary and 8 hours of the labor day. On the night of August 26th, 1918, the workers were concentrated in front of the Town hall and were dissoled by the Guardia Civil. The result of this action was four workers dead, fifty injured, and the resignation of the major of the city: Jaume Martí i Cabot.

The great illusion. The movie theater in Badalona 1898 -1975
Scroll to top