The year 2020 is coming to an end. It has been a different year, full of hardships for many and uncertainties for all, we hope that 2021 will be full of good things, health, successful projects  and a lot of culture! We will be waiting for you, as always, at the Museum!

This year marks the 140th anniversary of the death of the Badalona priest Jaume Solà i Seriol (Badalona 1845-1880). A graduate in Philosophy and Letters in 1877, he also worked as a teacher at the school owned by his brother Josep. Author of several studies on Badalona, the most outstanding of which – Millores de Badalona – obtained the prize of the City council in 1880, is known, mainly, for being the author of a map of the locality, made in 1878. This plan, of which there are several versions, is preserved in the Historical Archive of the City of Badalona, located in the Museum, and is considered the oldest known with the representation of the entire urban area of Badalona.

The map, where apart from the built-up area you can also see part of the surroundings, shows a small town, which barely goes beyond the Dalt de la Vila and the neighborhoods of Baix a Mar – basically Center and Casagemes. In the western coastal strip there are already some buildings that correspond to the first factories that were being set up in this area, where a significant number of industries, especially chemical ones, would soon be concentrated. Shortly afterwards, and precisely thanks to industrial development, the town would grow enormously. In 1895, an extension plan was approved – the so-called Pons Plan – to put order to this urban expansion, and in 1897 Badalona would receive the title of city.

Also notable personalities were the brothers of Jaume, Josep (1843-1906), teacher and mayor of Badalona (1872 and 1873), and Baldomer (1845-1880), doctor, doctor of exact sciences and poet. The latter and Jaume himself each have a street in Badalona that bears his name.

Reproduction of the city map by Jaume Solà i Seriol that can be purchased in the Museum shop.

This year, as is already a tradition, we wanted to celebrate the Christmas festivities with all of you with a concert offered by the students of the Professional Conservatory of Music of Badalona in the incomparable setting of the Roman city of Baetulo. Unfortunately, the health crisis in which we are immersed has forced us to suspend these performances. For this reason, the Museum and Conservatory have chosen to send you a small sample of what these concerts would have been like. With this recording we want to bring you not only the music and voices of these young performers, but also the best wishes for this year that we are about to begin and that we wish it to be full of health and happiness for all!

We need young, adventurous researchers to help locate a lot of current objects that have crept into the showcases of the permanent exhibition Baetulo Roman City

The curators of the Museu de Badalona have discovered that a lot of objects that have nothing to do with the Roman era have been placed in the showcases of the Baetulo site. According to media reports, a team of researchers is working on the hypothesis that it could be a very strange interstellar phenomenon that allows some objects to travel through time. If confirmed, we would be talking about the first time this is happening in our city.

How is it possible that there are plastic objects, electrical appliances, aluminum utensils in the display cases? Archaeologists find no explanation for the chaos and ask for the help of all those children who are willing to locate these traveling intruders.

So, we invite young and old to come to the Museum taking advantage of the arrival of the Christmas holidays and that the school holidays are approaching. Admission will be free for all schoolchildren and adults will be able to discover the remodeling of the exhibition and learn about the most emblematic pieces found in the excavations of the last 10 years, which complement the impressive archaeological collection of the Roman Baetulo.

The Museum will be raffling off a batch of educational games among all participants.

We look forward to seeing you from next Tuesday, December 22nd until January 10th. Remember that on 25th and 26th December, 1st and 6th January, the Museum will be closed. And the opening time for December 24 h and 31st and January 5th will be 10 a.m. to 2 p.m. 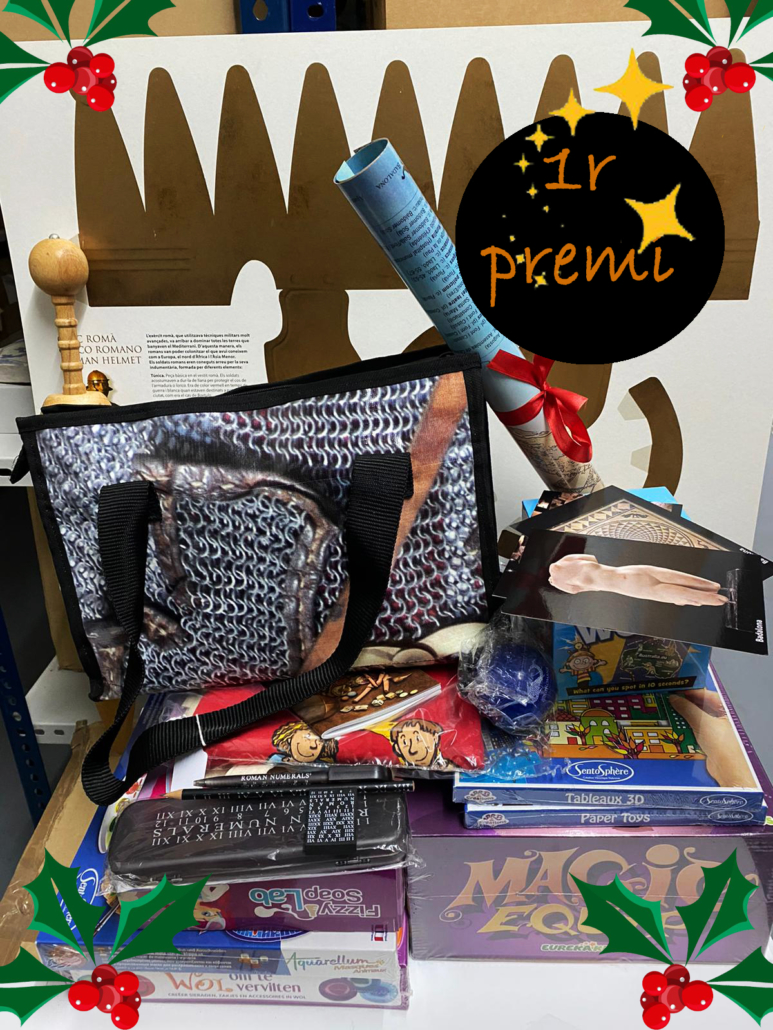 Due to the Christmas festivities, the Museum will be closed on Friday 25th and Saturday 26th December, Friday 1st and Wednesday 6th January. On the other hand on Thursday 24th and 31st December and on Tuesday 5th January it will only open in the morning.

The Christmas festivities will also affect the Historical Archive, which will be closed on Tuesday 29th and Wednesday 30th December.

The rest of the days you can visit for free the temporary exhibition Ramon Casas visits Badalona which shows a complete sample of the work of this genius of modernism and reviews his relationship with our city.

You can also enjoy the Roman city of Baetulo and its recently renovated permanent exhibition, one of the most important covered archaeological sites from the Roman era in our country.

We wish you a Merry Christmas full of health and happiness. 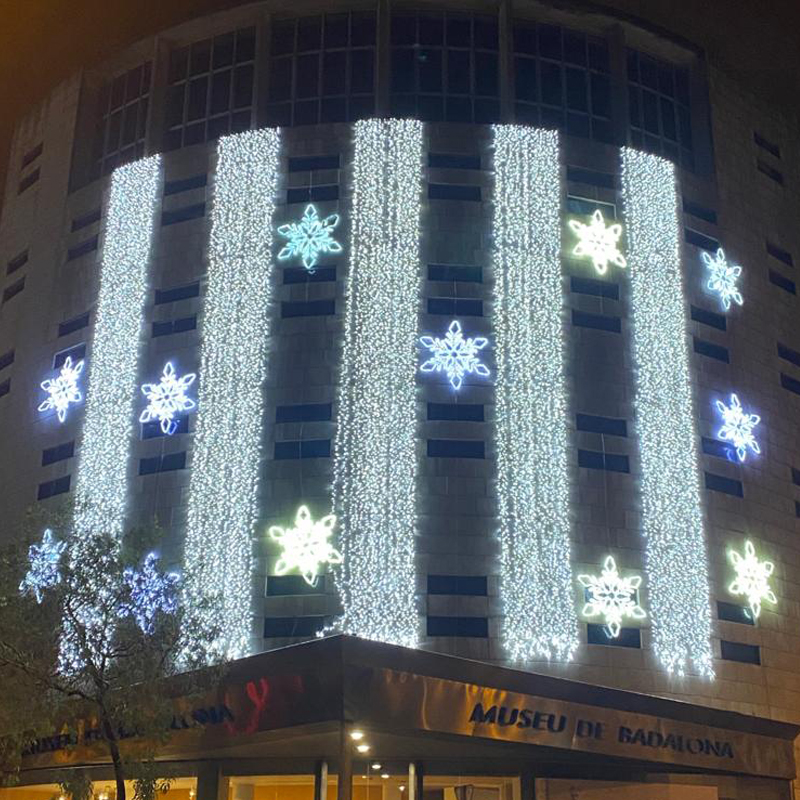 This Tuesday, December 15th, it will be forbidden the entrance to the Roman baths and the Decumanus, due to the work of adapting the permanent exhibition that is being carried out there.

Thank you in advance for your understanding. 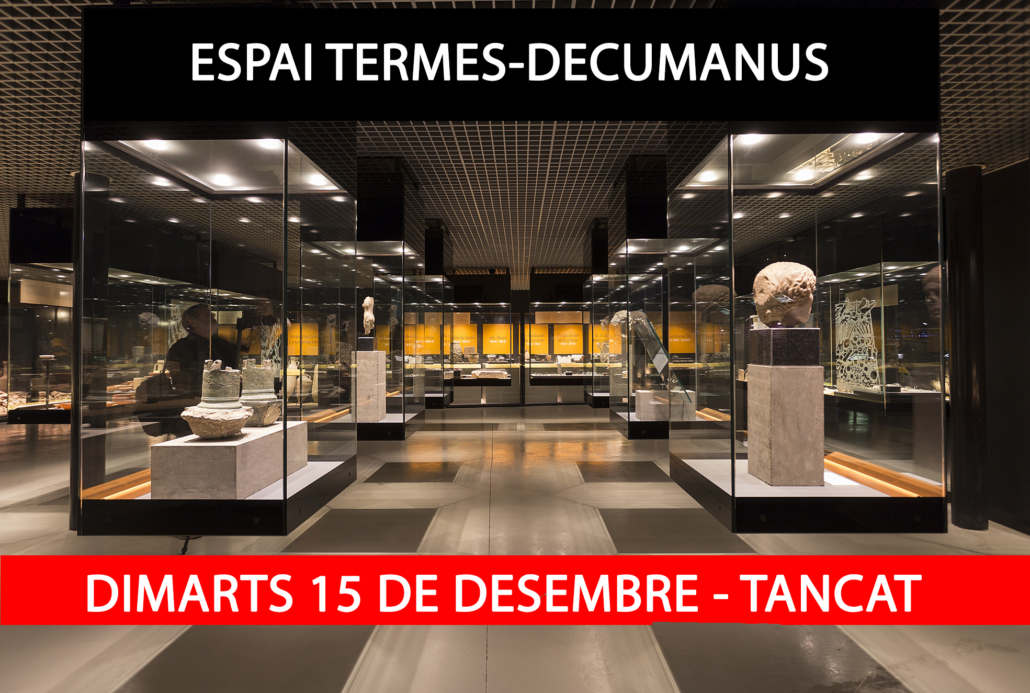 December 17th this year marks the tenth anniversary of the inauguration of the space of the Roman baths and the Decumanus of the Museum of Badalona. To celebrate this anniversary, we have remodeled some showcases of the permanent exhibition, where you can see the most outstanding and significant pieces that have been recovered over nearly 90 years of archaeological work, and in which we have incorporated the latest findings. .

We invite you to discover these new treasures in their natural setting, the remains of the ancient Roman city of Baetulo, a unique space of about 3,400 m2, which over these ten years has made Badalona a benchmark in the conservation and comunication of Roman heritage.

The opening of the space will take place at 7 p.m.

Admission is free but PREVIOUS REGISTRATION MUST BE MADE at the Museum: 933 841 750. 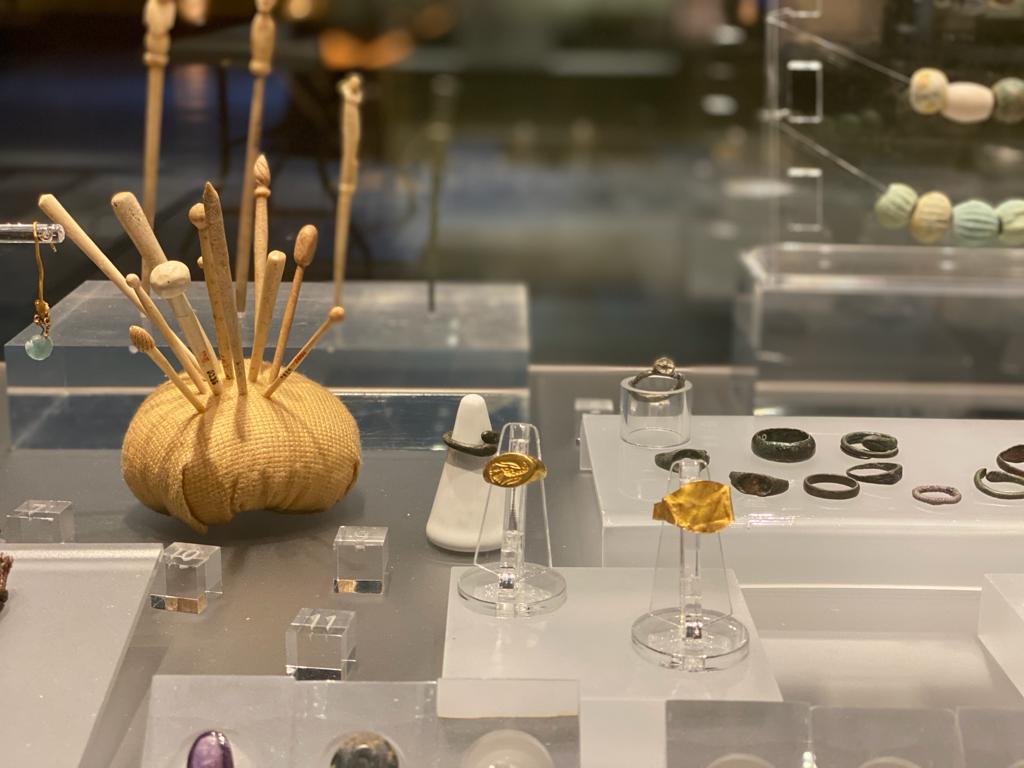 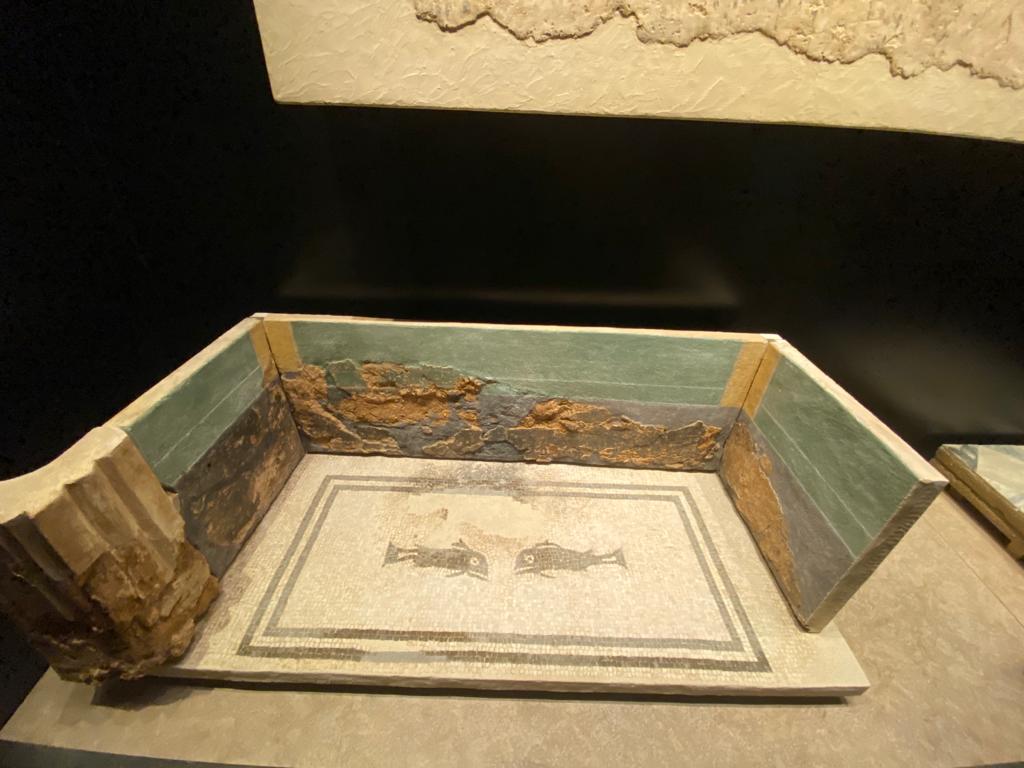 Due to the fire that has affected two industrial buildings today in Tortosa Street in Badalona and that has caused the death of three people, the Museum cancels all the events planned today on the occasion of the opening of the exhibition Ramon Casas visits Badalona.

The exhibition will be open from 7 pm, for those who want to visit it, with  measures of health prevention and with a limited capacity (25 persons at the same time). 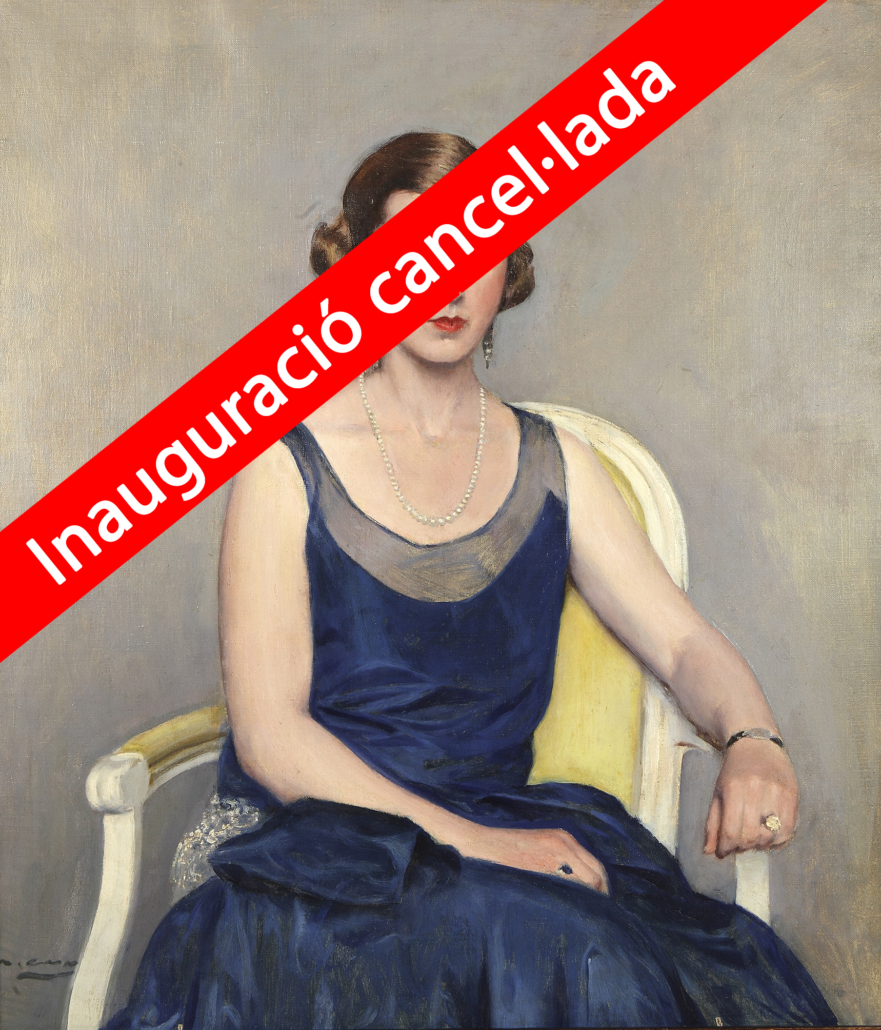 The situation arising from the COVID-19 pandemic has forced us to cancel the Christmas concerts scheduled for 18th and 22nd December.

We hope that, in spite of everything, with the collaboration of the Professional Conservatory of Music of Badalona, we can send you in the coming days, although virtually, our musical congratulation with the best wishes for these holidays.

Stay tuned to our networks!

Next Thursday, December 10th, at 7 pm, the exhibition Ramon Casas visits Badalona opens at the Museum, a unique opportunity to enjoy the talent and modernity of this painter, one of the greatest exponents of Modernism in our country.

The exhibition brings together about twenty pieces leaved by different museums and private collectors and will show, in addition to three advertising posters  -including the emblematic Anís del Mono-, a a set of works that have in common the representation of the human figure and among which stands out the portrait of different prominent figures -such as the Badalona actor Enric Borràs-, some relatives and one of the artist himself.

During the opening, the professors of the Professional Conservatory of Music of Badalona Rocío Martínez, soprano, and David Malet, piano, will perform four songs by Enric Granados. Gabriel Pinós will then give a lecture on Ramon Casas.

TICKETS SOLD OUT. WE REMIND YOU THAT THE EVENT WILL BE OFFERED FULLY LIVE ON THE MUSEUM YOUTUBE CHANNEL: