You can download the program of activities of the Museum, where you’ll find countless proposals from September to December.

The Museum is preparing, along with the Antoni de Montpalau’s Foundation, an exhibition and a publication about Pedro Rovira, a wellknown fashion designer of Badalona (1921-1978), on the occasion of the centenary of his birth.

We’re asking for help. If you have any material related to Rovira – dresses, complements, pictures,…- send us an email in order to be able to document it and, if is necessary, to incorporate it to the exhibition.

The Museum prepares, for the next fall, a temporary exhibition dedicated to the Transition in Badalona, through the eyes of the journalist and photographer Enric Giralt Paulí (1945-2012).

Thanks to the exhibition we’ll be able to appreciate the important collection of images of Giralt, an outstanding and heterogeneous set of photographies of great testimonial value, that follow one of the most vibrant periods in the recent history of our city. 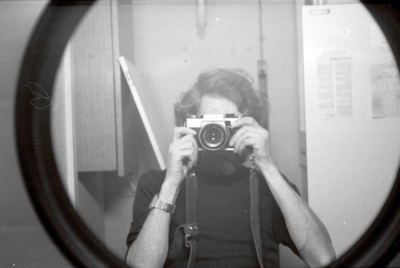 On the occasion of the commemoration of the 200 years of the death of Rafael d’Amat and de Cortada (Barcelona, 1746-1819), popularly known as the baró de Maldà, the Museum has programmed a serie of lectures about this outstanding character and his time.

The cycle, which includes three lectures and will take place during the month of October, will bring us closer to his work as well as to different aspects of the daily life of the mid-18th century and early 19th century society. 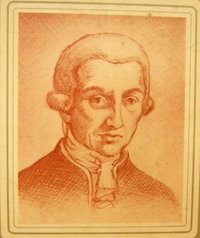 The archaeological intervention that is being carried out on the site of the old factory known as the Estrella, located on the Rambla de Sant Joan, has allowed to document a Roman villa of 2,633 m2. It is a great agricultural exploitation, located 500 meters from the city of Baetulo. It have been found several structures of this villa like the main building and different production areas related to agricultural work: a set of silos – used to store cereals or pulses – four deposits – two with a capacity of thousands of liters -, a field of dolia – high capacity ceramic containers that could be used for the fermentation of wine – and a large building that could serve as a warehouse.

Located in the territory of Baetulo, it is logical to think that it is an important wine-growing exploitation that, thanks to the finding of an inscription, we could relate to Marcus Porcius, the great local wine producer who distributed his product for the whole Empire.

The excavation, carried out in an area of ​​4,395 m2, has also uncovered Roman constructive elements that, in the absence of subsequent study, seem to have funerary connotations. On the other hand, ceramic material from the 5th century has been recovered (fine tableware from Gallic origin) that will allow us to elaborate a speech about an era of which we did not have information until now, and a spectacular terra cotta shaped lamp Gladiator, with a very detailed bill, truly exceptional.

In addition to the villa, there have also been documented structures from the modern age, so that we can talk about a continuous human occupation in this area.

This intervention is a preliminary step to the urban execution of the ARE l’Estrella and is promoted by the Consorci urbanístic de les àrees residencials estratègiques de l’Estrella i el Sant Crist, formed by INCASÒL, dependent company of the Generalitat de Catalunya, and the Badalona Town Hall. The Consortium commissioned INCASÒL to carry out this archaeological intervention, which was awarded to the archeology company ÀTICS, SL and is supervised by the Archeology Service of the Generalitat de Catalunya and the Museu de Badalona. It is expected that this archaeological intervention will end in the coming months. 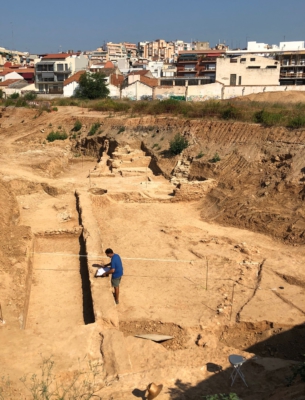 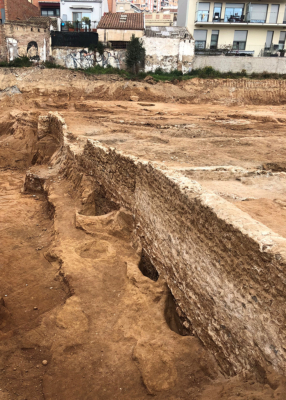 Some of the structures that appeared during excavation works. Photos: Badalona Museum.

The Museum of Badalona can be visited from August 1st to September 1st (both included)  from Tuesday to Friday, in the morning – from 10am to 2pm- and in the afternoon – from 5 to 8 pm-, and will remain closed on Saturdays, Sundays, Mondays and on August 15th.

The House of the Dolphins, the Garden of Quint Licini and the historical archive will also be closed in August.

The Museum of Badalona joins the Xirgu Year’s Commission, created by the Generalitat de Catalunya on the occasion of the 50th anniversary of the death of the actress Margarida Xirgu (Molins de Rei 1888-Montevideo 1969), who for many years lived in Badalona .

During this commemoration -that has as curator Esther Bartomeu, actress, choreographer and pedagogue-, and that which will be held in 2019 and 2020, there will be a large number of activities in both Catalonia and Argentina and Uruguay, countries that hosted the actress during her exile.

The collaboration of the Museum of Badalona will be specified in various aspects, such as the contribution of photographs and articles of the press, the loan of some garments or the organization of a commemorative activity in 2020. In addition, remember that the book Margarida Xirgu. Cartografia d’un mite,, written by Francesc Foguet and edited by the same Museum, continues to be available to people who want to acquire it. 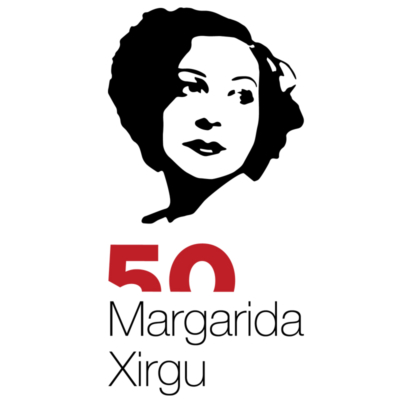 Agustí Muñoz Tallada, amateur photographer and member of the Agrupació Excursionista de Badalona, made a donation to the Museum in 1988 of the photographic collection that he still had, consisting of about 210 glass negatives and one hundred photographs, dated between 1920 and 1970 approximately.

These photographs are an exceptional testimony of a city, of houses and of a way to live well different from the current ones.

This gallery is just a tasting of Agustí Muñoz Tallada’s collection, which can be found in the Museum of Badalona. 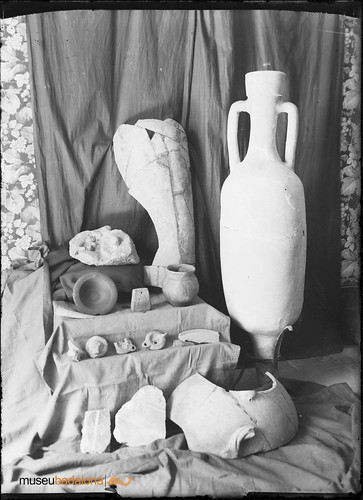 This year we celebrate the centenary of the death of Modest Urgell Inglada (Barcelona, 1839-1919), painter of national and international recognition and also a Catalan theatrical author.

Landscapes, marines and churches in melancholic atmospheres, where colors and light indicate the mood of the artist, are the main themes of a painter influenced by Romanticism and the work of Joaquim Vayreda.

The Museum of Badalona has two paints by Modest Urgell. These are two oil paintings that were probably acquired by the City Council between 1942 and 1955, based on the local exhibitions of Fine Arts that were organized every year to stimulate the city’s artistic landscape and to acquire pieces for to the future Museum (the current one, that was founded in 1955). 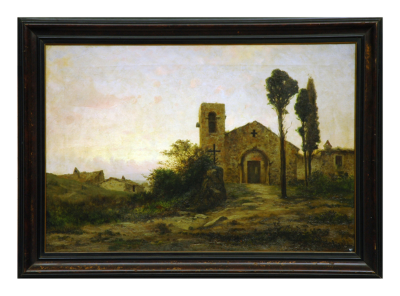 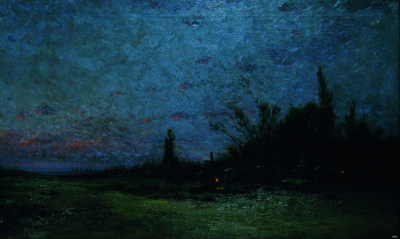 The Gymnastic and Sportive Union, an entity created in 1926 to promote sport, and especially athletics, donates its historical archive, which includes both documents and photographs, at the Museum of Badalona. For this reason, on Thursday, July 18th, at 7 pm, at the Museum (Roman baths-Decumanus space) will formalize the donation, at a meeting open to the public.

The event will be attended by David Gallego, president of the entity, and Oriol Lladó, journalist and author of the book Això és afició. Unió Gimnàstica de Badalona, 75 anys d’història (2003), that will offer a brief talk about the entity. 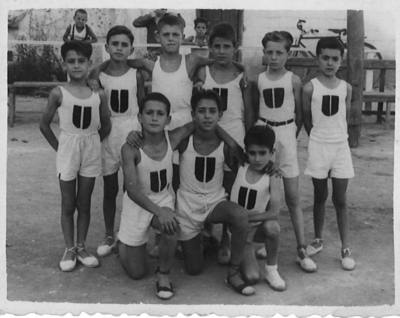 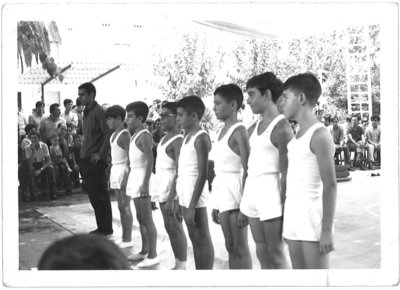 The altarpiece of Saint Sebastian

Lecture. Saint Sebastian: from lawyer of the plagues to icon of the gay community.

The secret plan to disembark in Badalona during World War II

Guided tour to the Iberian settlement of Turó d’en Boscà