His relationship with Badalona goes back to 1859, when he began making real estate investments with the purchase, by public auction, of the estate of Can Solei, which he converted into a summer residence (the current Ca l’Arnús). In this house he received, in 1888, the regent queen Maria Cristina and the President of the Council of Ministers, Práxedes Mateo Sagasta , and as a result of this visit the Badalona City Council was granted with the treatment of Excellence.

As a very beloved person in the town, in 1884 Arnús was named adoptive son of Badalona for his philanthropy works, and in 1887, due to his onomastics and as a token of gratitude, the City Council agreed to give his name to Pilar Street, where, with his sponsorship, the Sant Andreu Asylum (currently school) had been built. The old Pilar Street is, so, the current Arnús Street.

The Museum preserves a portrait of Evarist Arnús, which presided the plenary session hall of the City Council since May 14th 1885, after this proposal was voted and approved by the Plenary Session of the City Council on May 13th, of that same year. This work can be seen in the exhibition Portraits, which will be presented at the Museum when the reopening will be possible.

The Museum also has a small sculpture of Evarist Arnús, with a dog, made by the sculptor Pau Rodó Samaranch (Terrassa 1843-Barcelona 1894), which was a donation made in 2014 by Ms. Adela Roca Olives.

To commemorate this anniversary, the Museum plans to carry out a number of activities in the fall, which will be published later. 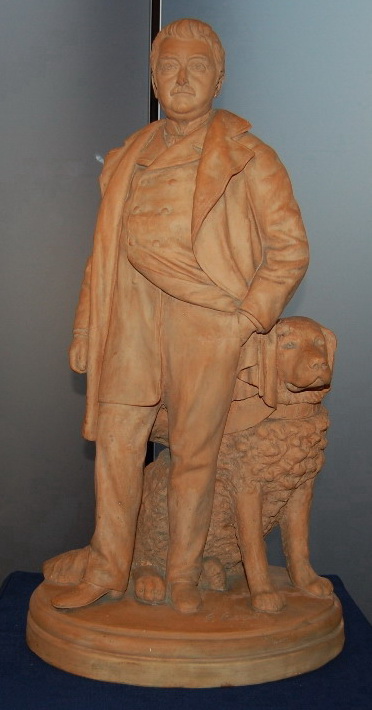 Guided tour in the factory of Anís del Mono

In memory of Joan Cuadrench, a beloved priest in Badalona
Scroll to top