On a day like today just 1,600 years ago, St. Jerome (circa 331 / 345-420), a writer and religious, considered one of the Church’s fathers, died. With a solid education, he devoted much of his life to religion and theology. In 374 he retired to the desert of Chalcis (in present-day Syria), where he devoted himself to the contemplative life for four years. He then resided in several cities and, always focused on religious issues, became an influential voice of Christianity, followed especially by women, especially widows.

In Badalona we remember him mainly for the old monastery of Sant Jeroni de la Murtra, which is dedicated to him. The cloister, from the end of the 15th century, is a real gem of Catalan Gothic, and has two keystones, both in the south wing, dedicated to the saint who gives his name to the monastery (and to the order of the Jeromes who built it and inhabit).

One of the keystones shows Saint Jerome in a cardinal’s hat, sitting in front of a lectern and accompanied by a lion. This animal usually appears represented with the saint since, according to the legend, when Jeroni was in the desert a wounded lion approached to him, that he cured removing a thorn of his leg. In the other keystone, which preserves the very vivid colors, A penitent Jerome is seen in the desert, kneeling before a crucifix and accompanied, also by the lion. In addition, this last keystone is supported (like another that alludes to the Last Judgment) by angels with trumpets, which the art historian Anna Molina put in relation to a letter from the saint to the monk Heliodor , where he says: “Listen to the trumpet sounding from heaven, watch our armed leader advance through the clouds.” The interpretation is that the angels with trumpets are none other than those who call the dead to the Last Judgment. 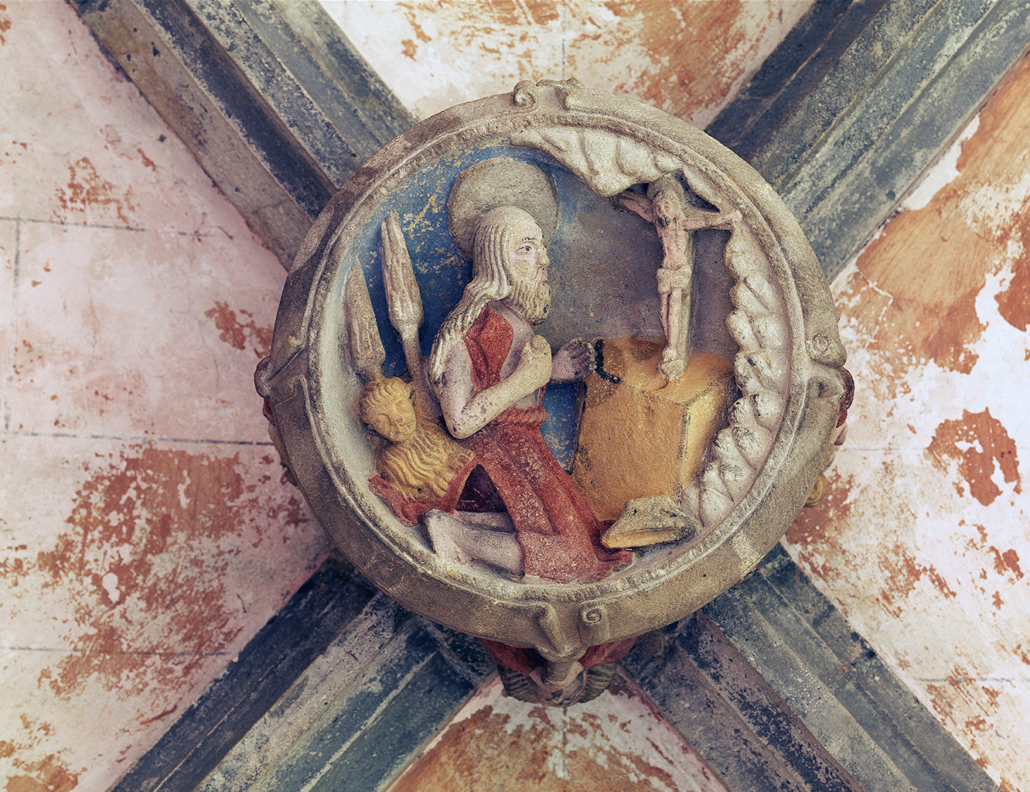 An exciting story that can be relived by visiting the monastery and reading the book  El monestir de Sant Jeroni de la Murtra. 600 anys d’història, written by Carles Díaz and Anna Molina, with photographs by Antonio Guillén, published by the Museum in 2016, and which can be purchased both at the monastery and at the Museum itself.

Lecture: the farmhouse of Ca l’Andal. History and architecture

Lecture: the farmhouse of Ca l’Andal. History and architecture